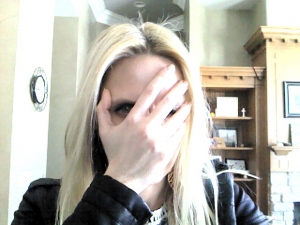 Oh for the love. I have put this off for a very long time and actually told myself I would never, ever write on this topic for one reason: I have two teenagers who would be mortified.  But they don’t read my blog and even if they do, I’m not about to say anything that would scar them for life. Fingers crossed.

I’ve been asked about this and I know enough divorced Christian women at this point that the topic comes up, frequently.  And, I mean, come on, I’m writing a blog that focuses quite a bit on being divorced; not bringing it up was my elephant in the room.

So, what do we do about sex?

Tons of books have been written about this and I’m not about to cover the entire topic but I will tell you simply where I land.

I have not had sex in a long time.  Like, awhile before my marriage officially ended.  And I think it’s safe to say that I’m not going to have sex for another long time.

I will not have sex until I’m remarried.  Which means, that if I don’t remarry, I will never again have sex.

For Jesus’ sake, I will not be having sex before I get married again, even though Jesus isn’t my boyfriend.  Because I believe the Bible is clear about this.  (And not because God is mean, but because he loves us and wants what’s best for us.)

For my future husband’s sake (if there is one), because I want to honor him.

For my sake, because I believe that sex intertwines two people together in really intimate ways and if you then go on and don’t get married, the pain that would come with giving your heart away like that would be just too much for me to bear.  Plus, I want to start off my next potential marriage as healthily as I can, because I’ve got baggage from here to Mississippi and that would just add one huge load to it.

Is it hard to go without?  Well, yes and no.  Yes, in that I miss it; and yet, it’s not like a hundred guys have asked me out in the past year and I’ve had to bat them away and fight temptation back every day. I’ve had how many dates? Give me a sec…trying to count them all.  Oh yeah, umm, three first dates. In twenty-three years.  It’s sort of easy to not have sex when you’re not going on any second dates, let’s be honest.

Okay, so that’s about as deep as I’m willing to go on this topic.  I’m sure a ton of people won’t agree with me, and I don’t really care; this is just the stand I’m taking, the line I’m drawing, and I feel comfortable with it and I plan to stick to it.  Because my faith, my children, my future, and my emotional well-being mean too much to me not to.

Pardon me while I go throw up now.

If this post encouraged you, you would benefit from “Unraveling: Hanging onto Faith through the End of a Christian Marriage”, found here or “Living through Divorce as a Christian Woman”, found here, or from working with me.