So, as you probably know, I just got married.  To the sweetest man I know. 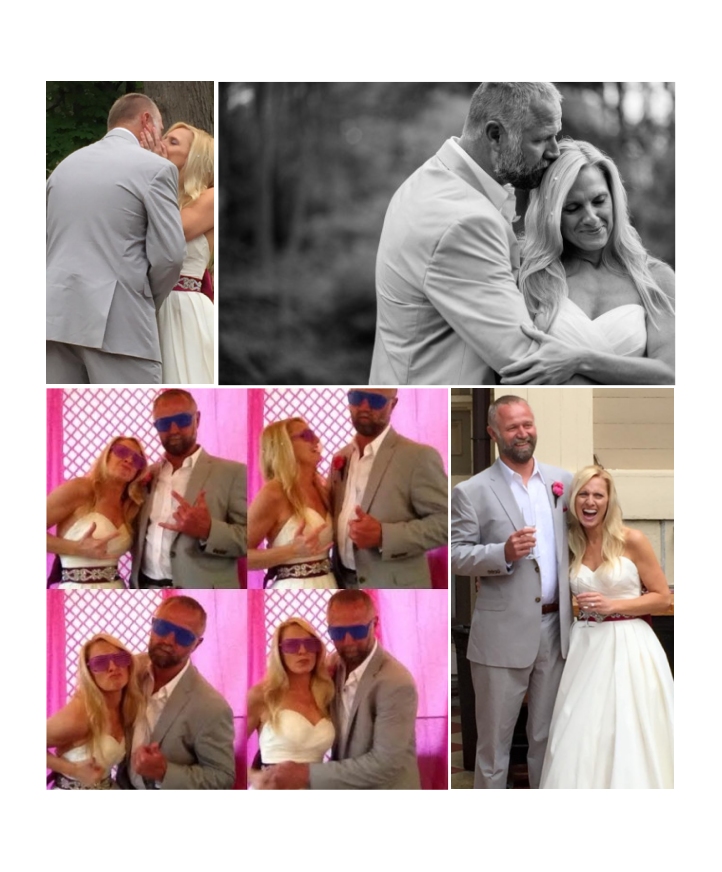 Our wedding day was everything I could’ve hoped for and more, filled with poignant moments and laughter and most of the people closest to us who have helped us walk from broken to healing.

The first thing Richard said to me after the ceremony (after we sang and danced away from the ceremony site to American Authors’ “Best Day of My Life”) was, “That was awesome!” which was so endearing and so affirming because I knew he meant not only that it was great to be married to me but that he thought I’d done a good job planning everything, something that I always, always second-guess myself on after years of criticism taken on as truth.

He said to me…wait for it…“Is there anything I can do for you?”

In that moment, he was showing to me that he was already going to live out what it talks about in Ephesians 5:25 when Paul admonishes husbands to love their wives as Christ loved the Church.

He could’ve reached for a beer.  He could’ve checked the mirror before pictures. He could’ve done any manner of things in those moments.  But his first instinct was to check on me and see if I needed anything and he went on to do that throughout the night, asking if I had enough to eat and were drinking enough water and if I needed to sit down for a few minutes and if I had talked to everyone.  (See why I married him?)

And he has done that every day since.  (Yes, I know, it’s been less than two weeks, but still.)  At the end of every phone call he asks if I need anything.  At the end of each evening, before we go to sleep, we either pray out loud together or he prays for us silently. Our first day home earlier this week, he asked what he could do off of my to-do list. And then he did it. And more.  And didn’t complain.

Our hard times, our past failures and mistakes, our brokenness, all of it, has changed us into the man and woman who have what it takes to be good to each other and for each other and good partners today.

And you too can let your brokenness and your failures be redeemed in the hands of God and you can let him heal you and soften you and change you.  It’s not too late.

“I will restore to you the years the swarming locusts have eaten; You shall be satisfied and praise the name of the LORD your God, who has dealt wondrously with you.” –Joel 2:25-26