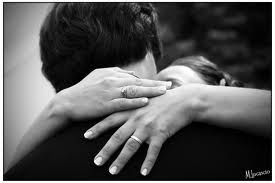 I recently, in one day, had four women message me that their marriages were turning around, one even crazily giving me and her counselor credit. (That could silence some naysayers if only they’d let it. But anyway…)

Even as a divorced woman, whose marriage did not turn around after fifteen months of a reconciliation attempt and much, much prayer, I can say hallelujah and I get chills.

Because that is gorgeous. Simply gorgeous.

What I didn’t expect was some pushback.

As in, “So, are those of us in the difficult marriage group actually now the destined-to-be-divorced group?” And, “I think the real question is why doesn’t God heal all those other Christian marriages?”

These responses tell me something. Not something new, more of a reminder. And it’s this: there is just so much pain.  So much uncertainty. So much confusion.  So much disappointment.

To the first question of is your destiny divorce? No, sweet one, a thousand times no.  If you are in a hard marriage and your partner is not engaged now does not mean your partner will not engage at some point in the future. Today’s reality is your current reality but I think we all know by now that with God, anything is possible and there is no telling what God may do in you and in your husband and in your marriage. You are married until you are divorced.  And you are not destined to be divorced.

But with that said, yes, some in the difficult marriage group may end up at some point asking me to move them over to the divorced group. And if that happens, it is not a death sentence. If you get divorced, your life will not be over. I’ve said it before and I’ll say it again: divorce is life-changing, but it is not life-ending. Trust me on this.  Trust me. But let’s not cross that bridge just yet, shall we?

And to the second question of why doesn’t God heal all Christian marriages? Oh honey.  My best guess is this: God is a mystery. He can do whatever he wants. Can he heal every marriage, every person, e-ver-y-thing? Of course. He is sovereign and all-powerful and holy. And yet, he has given us the amazing and wild gift of free will. Which means that though it takes only one to forgive, it takes two to reconcile. You can want something with your whole heart, you can pray every moment of every day, you can do the hard work and read your Bible and attend church and serve your sweet little heart out and go to counseling, but if your husband does not want to reconcile, you can’t make him and God won’t make him, even if it hurts you.

So, I know that hearing of someone else’s good news that runs counter to your own life can sting. I totally get that. And when I say that, I mean it. When I was in my difficult marriage, and I would hear of a marital turnaround, I am embarrassed to admit, instead of rejoicing in God’s healing work, I would sometimes cynically and in my anger be bothered by it, in part because I think I didn’t want to be left all alone in the hard-marriage boat. Misery craves company and all.  So, when I say I get this, I truly get this.

And yet, we are commanded something simple yet profound:

Plus, if and when your victory comes, you want those you love celebrating with you, right?  So, let those healing/healed marriages point you to the hope that it could happen to you  but better still, point you to the One who just might surprise you.

If this post helped you, I would encourage you to check out “Surviving in a Difficult Christian Marriage”, found here.