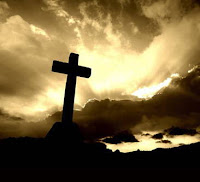 I’m not a theologian. I can’t explain all the mysteries of God, why He allows evil in the world, when the end of time is going to happen specifically, things like that. (Then again, I don’t know anyone who can…) But I’ve heard it said that though people may try to refute my faith with scientific or philosophical arguments (these are typically people who don’t realize how much archaeological and historical evidence there is that backs up the Christian faith, by the way), no one can argue with my story.

And so this is my story. When I was fifteen, I wrote a prayer to God. I told Him that I loved Him and I believed in Him and I was sorry that I never really read the Bible because I always got stuck towards the end of the book of Genesis but that I would try a lot harder to be a better person. When I was fifteen, I believed that God existed beyond a shadow of a doubt. (Side note: I have never understood how someone can not believe there is a Creator God when they see snow or the sun rise or the ocean or flowers coming back to life in Spring or billions of stars on a clear night…all of that is enough for me to believe in God.) When I was fifteen, I believed that Jesus Christ was God’s Son and died on a cross to save our sins.

When I was fifteen, I was a goody goody, through and through. Okay, I had tried a cigarette and a beer. And I had kissed a boy…or three. (For like a sum total of sixty seconds.) I had hidden my vitamins from my mom and told her I had taken them every morning. And that’s maybe it. (I’m kidding. But I’m kinda not.) My sin pile was small in my estimation and I was totally sure I would be going to heaven because I was a good girl and I believed in God. I grounded myself for goodness’ sakes. Seriously.

But twenty-five years ago, on this day, my world was turned upside down by Truth. I was invited to a place called the Christian Youth Center. I was told there’d be cute boys. That’s all this shy girl from a tiny high school needed to hear. Oh, but my Heavenly Father had a totally different plan in mind for me that night.

Because that night – Tuesday, February 4, 1986 – I was told, gently, that I was right in everything I believed except for one important detail. Jesus didn’t die for the sins of the world. He died for mine. I had enough sin for Him to have to die. I was blown away by this piece of information, and didn’t question it for a moment. Do you want to go to heaven when you die? I was asked. Yes!, I whispered. I was breathless. I knew something huge was happening…I could tell that what I was doing was not just life-changing but eternity-shaping…I could feel it in my bones. I was led through what is called the Sinner’s Prayer. Basically, I told God I was a sinner, that I was so sorry, that I believed in Him and what His Son did for me on the cross, and then I asked Jesus to come into my heart and be my Lord and Savior. (We now say Leader and Forgiver. All those things are true. He is all of those things and so much more.)

I’ve told this story who knows how many times and I’m sitting here with tears in my eyes. Because that night was just the beginning of my story. I have lived twenty-five of my forty years trying to follow Jesus. Sometimes running hard and fast after Him, sometimes so ashamed at the sin in my life that I could barely look Him in the spiritual eyes. Most times though, you’ll find me clinging to Him for all I’m worth.

I look at people who choose not to live their lives with a spiritual component. Who just have jobs and families and friends and hobbies. And I get all that — I love all that. Just plain regular life can be really, really good. But I’m amazed. I’m amazed that the void in their souls doesn’t drive them to look for God until they find Him. I almost can’t put words to it, but I cannot imagine living my life without Jesus. Not just sprinkling Jesus on top. Not just praying before meals or on icy roads. Not just weekly church or Christian music.

But a life without Jesus as my absolute Best Friend would be so barren, so desperate. I would be missing out on so much and perhaps not even know it. I talk to Him all the time. He is my everything. I love Him so much I can hardly stand it sometimes. He not only washes my sin away. He heals me. He prays for me. He thinks I’m amazing. He loves me. He holds me. He speaks to me through His Word in ridiculously intimate ways.