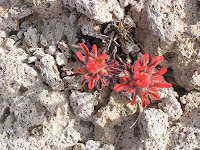 I have noticed the theme of redemption running through my life more and more the past few years, and specifically surrounding one specific challenging season in my life that lasted 441 days and that wrapped up almost five years ago.I am living with none of the bad effects of this thing after this amount of time (but then again, it was more my husband’s crisis than mine), but I am still reaping unreal benefits.Still.Like, I said to God, with all due respect, “You are crazy!”Then I clarified, “Crazy good, I mean,” as if He didn’t know what I meant.

You see, I had lunch with a new friend today, and it was comfortable and easy and so completely unlike me. Just the fact, literally, that I had the idea to call this gal on the phone and invite her to lunch is out of my comfort zone (and I’m not kidding); add to it that I had only met her two other times, and, on the surface, she and I have next to nothing in common, and you’ve got me shaking my head at myself, as in ‘what in the world am I doing?’ Toss in that she’s HIV positive, and it’s a mysterious and divine appointment that could only have been set up by God.

I met her at the Bible study I attempted to start at the AIDS clinic in town (that petered out but will start up again in the fall) and she made reference to having some questions about her faith. I knew I wouldn’t see her again until September and I didn’t want her to have to keep sitting on those questions, so I called her up and we just went out to lunch.

She told me her story and it was one of a very brave woman making really hard choices in the middle of very difficult circumstances, and yet, she is soft-spoken, gentle, kind, healthy and beautiful. We talked for about an hour and a half, and at the end, I asked her if she had ever accepted Jesus as her Savior (who am I?), and when she said no, I explained what it meant. I didn’t pray that prayer with her in that moment, but I had a feeling that we’d have plenty of other opportunities to talk this through in the near future. And as I dropped her off at her apartment, she said to me, “I’d like to get together again. But you don’t have to take me out to lunch. Just take me somewhere where you can tell me what some of the verses in the Bible mean.” I smiled. “I can do that,” I said. “I’d love to do that.”

God broke my heart during that crisis five years ago, and somehow – as only God can – gently shoved the AIDS crisis into the cracks before patching me back up. And only God can take something really bad that happened so long ago and say, “Remember that hard thing?Well, here’s another good thing that is coming out of it…”Beauty from ashes.Light overtaking dark.A redemption story that doesn’t seem to be ending.