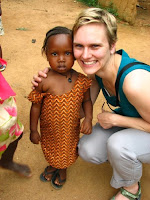 For Erika, on her birthday…may I get to watch you live a beautiful life for another 35 years and then some…

I have a friend who is one of the coolest people I’ve ever met. Like, I wonder why, really, she likes to hang out with me when I’m old (in comparison) and not nearly as cool. But we get along really well, we can talk about pretty much anything and we’ve seen each other through none-too-few crises. Like, really, in the past eight or so years since we’ve been friends, one or both of us have been in deep weeds in some way, shape or form at any given time. But we’ve walked the various roads together…waiting in hospitals, waiting on freeways, waiting in church sanctuaries, waiting in an airport for a little girl to arrive from Africa, waiting in a courtroom for a verdict, little things like that. (Don’t get me wrong…it’s not like we just sit around playing the Death March, wearing black, writing poetry about our collective sorrows…we do actually have fun together…)

The other day, she and I were on a walk, and I asked what was new. She said something like, “Ummm, almost nothing. Things are…good…normal,” she said almost hesitantly as if a bolt of lightening would strike us both dead on the spot for daring to admit that.And we kind of looked at each other and I think I said, “Wow, what’s that like?” and then we laughed.We almost didn’t know how to do just small talk.Not when we’ve together tackled the issues of life that we’ve covered over the years.

Which got me thinking.And maybe this is just me.But I’m finally beginning to see that life is just one hard thing after another, with, hopefully some breaks in between to refuel.I think I’ve had in the back of my head that surely one day the hard stuff would stop and I would have a really long remission.But I don’t think it’s like that.Granted, I know some people who somehow skate through life.Who really have had almost nothing hugely bad happen to them.I don’t know if I really get those people.Because there is such a depth to people who’ve really been hammered by life but keep getting up again.I love people like that.

Not that there’s anything wrong with having nothing bad happen to you…I’m not saying you should go out and drum up some tragedies or something just to muster a bit of character development, but I just think there is a huge difference in a person who’s been through something compared to a person who hasn’t.

And this may sound odd, but I actually love plumbing the depths of a hard situation. Maybe it’s the melancholy talking in me. But there’s almost a part of me that says bring it on. I should probably keep that to myself.

He wants to bring you healing.The question is, “Do you want to be made well?”