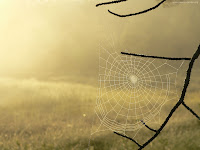 This is what I learned this week. I think there might come a point in time when you are in too much pain to think clearly. In fact, you might not even know you’re in that much pain until you look back, hindsight being 20/20 and all.

Well, this has been one of those weeks for me. I’m in some pain, grappling with some sadness, some anger, some fear, some hopelessness. Can I just say, though, that this is part of what I love about being a follower of Jesus? I can write that last sentence and know that it’s all going to be okay, that I’m going to be okay, because “He who holds the last hour has assured us that everything will be glorious in the end.” {Ben Patterson, He Has Made Me Glad}

But this has been a hard week – a hard stretch actually – and I’ve had to make quite a few decisions. Some were not that involved, some I was given direct counsel on, some were big and scary. And some, I messed up. That was part of my hard week this week. Someone said to me that I’m my own worst enemy right now and someone else suggested that I may just be so stuck that my perceptions are skewed. Both could very well be the case. (At least I’m open to sitting with these observations, something that I wouldn’t been willing to do even a year or so ago.)

There’s a phrase that’s been ringing in my ears this week – “force solutions”. Yep, that’s what I’ve been doing…forcing solutions. I’ve gotten impatient with the waiting on other people and the waiting on my God, so I’ve taken some matters into my own hands and promptly screwed them up. (How old am I?)

So I’m moving into this week with one mandate and one prayer (okay, about a thousand prayers, but this is a new one added into the mix). The mandate is this: Think first. The prayer is this: Clear away the cobwebs, Lord. Help me see reality for what it is and then help me act appropriately.

Neither the mandate nor the prayer guarantee successful choices or a successful week, but both definitely give me a better shot of not getting myself in above my head again. I hope.

If this post helped you, I would encourage you to check out “Surviving in a Difficult Christian Marriage”, found here.