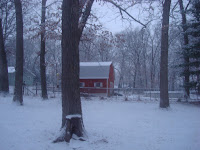 Three times within about twelve hours, I was reminded of my humanness. And when I say that, I don’t mean my propensity to sin, I mean my physicality. That I am a physical being and that my body and what it can do and see and feel and hear and touch are an integral part of my human and spiritual experience.

It began with a moment that took me completely by surprise in church.We are in the middle of a series called “Return of the King” and the teaching pastor was talking about the new heaven and the new earth.These are things that I have heard sermons and read about for years, but nothing delights my soul quite like envisioning the future.And here’s the thing, it’s not like I’m crossing my fingers that what the Bible says about eternity really is true.I believe it’s true.And in case I doubted my own level of belief, I was given some unexpected reassurance.The pastor said something to the effect of, “If you’re thirsty, you’ll be able to drink from the River of Life.If you’re hungry, you’ll be able to eat from the Tree of Life.”And I don’t know why, but I began to cry.Not like sobbing crying or anything.But I had a physical response to those two sentences…my body reacted with relief because it was hearing promises…it was hearing something that I could count on and look forward to in my current weariness.There will be a day when I will no longer thirst and hunger, and I believe that so deeply that my tear ducts sprang to life at the mere mention of it.

Later that day, we had a holiday party at our home with about thirty members of family.I am an introvert.My idea of a good day is sitting on my couch with a book, a cup of tea, a blanket, a candle and gazing out the window.Like, for ten hours at a time.It’s just the way I was created.I was created to be filled up emotionally, mentally, physically and spiritually by time alone, not by time in a large crowd.And I know this.So, there are some things I do to prepare myself for six hours of thirty people in my home.I had some time with Jesus.I took a nap.I did a few minutes of yoga.I even put four drops of some herb called Rescue Relief under my tongue as a supposed stress reliever.And then I took a deep breath and welcomed them into my home.About a half dozen things in those six hours made me uncomfortable.I felt like I was a filled up balloon that was not yet tied off, and every time something happened that I didn’t like, a little more air was let out of me.Let me tell you, by the end of the evening, I was more physically and emotionally exhausted – depleted – than I had felt in ages.I physically felt the ramifications of how God had created me emotionally.And though I am so grateful to be an introvert and I love everything about it, I was painfully aware as the evening progressed how that can hinder me in a very physical way.

Then toward the end of the party, I asked my son to join me outside to collect all the candles that I had placed throughout our yard earlier in the day to welcome our family and make our yard a winter wonderland.And it was snowing with those big puffy snowflakes and yet, barely cold at all.I love those kinds of nights.And Jack and I stopped what we were doing and looked up into the night sky and watched hundreds of thousands of snowflakes slowly descend, “as if coming from nowhere”, he said, and we caught them with our tongues and I even began to twirl.I was simply delighted by creation.And I physically and even emotionally began to feel better, to regain something I had been losing throughout the afternoon and evening.(It probably helped knowing the party was almost over, but still…)I was able to physically enjoy God and His gorgeous and fun creation of fluffy snowflakes that melt on your tongue.

I think I forget sometimes how tied in all of me is with each other.I’m not just a spiritual person who has to deal with a body or an emotional mess sometimes who remembers to bring God into how I’m feeling about something.It’s all interrelated…it’s all how God made me…it’s all a part of the whole.

And right now, that makes me smile, on my face and down into my soul.