Kicked the Devil in the Teeth 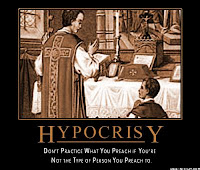 I was doing some ironing yesterday, getting ready to head out of town for a speaking gig, and this is what I heard running through my head, “Who do you think you are going and giving a talk on relationships?”

See, I had just had a little thing with my husband the evening before and though we worked it out the best we could, my enemy (satan, the devil, the father of lies, whatever you want to call him) likes to push my buttons when it comes to my speaking and my perception of my competency. Well, maybe not even my competency in actually being able to speak in public, but my ability to have anything of value to say when my relationships sometimes go through ups and downs, as well as the whole hypocrite thing that I have a hard time shaking. You just messed up last night and you’re going to go tell women how to resolve conflict? Hypocrite… You know, stuff like that.

But here’s the thing about following Jesus for a while…you start to see through the enemy’s tricks. Because he doesn’t have a ton of them. He sort of recycles his ploys over and over again. So, this is what I did. I spoke, outloud, things like, Who do I think I am to go give a talk about relationships? I think I’m a child of God who’s doing the best she can. I think I’ve been given a spirit of power and of love and of a sound mind, and not a spirit of fear. I think I have the mind of Christ. I think I can do all things through Christ who strengthens me. And by the way, I don’t walk up there and tell them that I’ve got my act together. I’m about as authentic and vulnerable as I can get. So, back off!

Then I sat down at my computer and emailed a few close friends for prayer. I got some great eyes-on-Jesus kind of encouragement from my girls and I kept walking.

Fast forward to this morning.

I am giving my talk and it’s feeling kind of blah. It’s the same talk that I gave two days prior and I had then felt great about it. But this time, no real reason in particular, blah. And then I sat at my book table with maybe a small handful of gals coming up to chat. So I’m thinking to myself, okay, well, if the only thing that came out of this was getting to catch up with two old friends, that was good enough for me.

But that wasn’t good enough for Jesus. Nope. Jesus had something else in mind.

Because a gal walked up to my table, pulled a stool beside me, sat down, and started to simultaneously cry and tell me her story.I thought it would be a relationship-y thing, but it wasn’t.I pulled her into the next room for some privacy and she tells me that she’s had a hole inside since she was a little girl.That she’s been searching for years for something that’s missing but she doesn’t know what it is.

And so right then and there I had the privilege of telling her my story of meeting Jesus for the first time, and told her, genuinely, that He is my closest friend. That life is still, I believe I said, “freaking hard”, but that He comes in and gently begins to rearrange things. To heal things. To fill up that hole. And then we prayed together and she started a relationship of her own with Jesus.

It was beautiful.I was in awe of being able to be used like that.

And then as I drove back home to Illinois, I remembered the battle with the enemy just the afternoon before, and I realized that I had just kicked the devil in the teeth…take that, I thought.

And then I thought, doesn’t he realize that when he attacks, he just makes me stronger? Sucker.