Secrets Have No Place in a Marriage - Elisabeth Klein

Secrets Have No Place in a Marriage

{an excerpt from my novel, World Split Open}

“If I lit a match in any given room in our house,” I confided in a whisper to Lauren one night, “it just might explode.”  Tears rolled down her cheeks when I told her that.  “I had no idea he was drinking that much,” 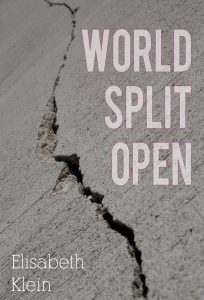 I’ve been thinking about secrets.  About things confessed across tables.  Or between strangers.  Because strangers are safe.  You can set your secret free and know it’ll never come back to bite you.  But this one is mine.  And it bites back a lot.  And this one I had kept to myself for a long, long time.  Too long.

I hate secrets.  Really I think there is no place for them in a marriage.  Someone once told me not to overreact to the secrets and lies.  I’d love to know just how they think I should react to them.  Just accept them as part of life, part of the package?  Just let go and let God?  Just take it one freaking day at a time?  Just ask Jesus to make it stop?  Tried and tried and tried and tried.

One of the weirdest things about this whole issue is that I was very aware of Mitch’s drinking, literally from day one.  But then we had Macey and it seemed to stop.  He stopped tossing six packs into the grocery cart.  When I would reconcile our checkbook each month, there weren’t stops at the liquor store.  And the scent that had been accompanying us to bed for years disappeared.  And with no explanation.  In fact, once I started putting two and two together, a part of me started to relax a little bit, thinking it had all just been a really long phase, one that he was growing out of with the responsibility of fatherhood.

But the thing with secrets…they all come spilling out eventually.  I heard someone say, “Truth, good…secrets, bad…”  But who of us wouldn’t rather step forward into the light voluntarily versus being thrust into it without warning?

If this sounds like your life, you will resonate deeply with World Split Open, you would benefit greatly from working with me one-on-one to move forward in your healing even in the midst of your painful marriage, and my newest e-course, Should I Stay or Should I Go? will bring you much clarity.  You are not alone.